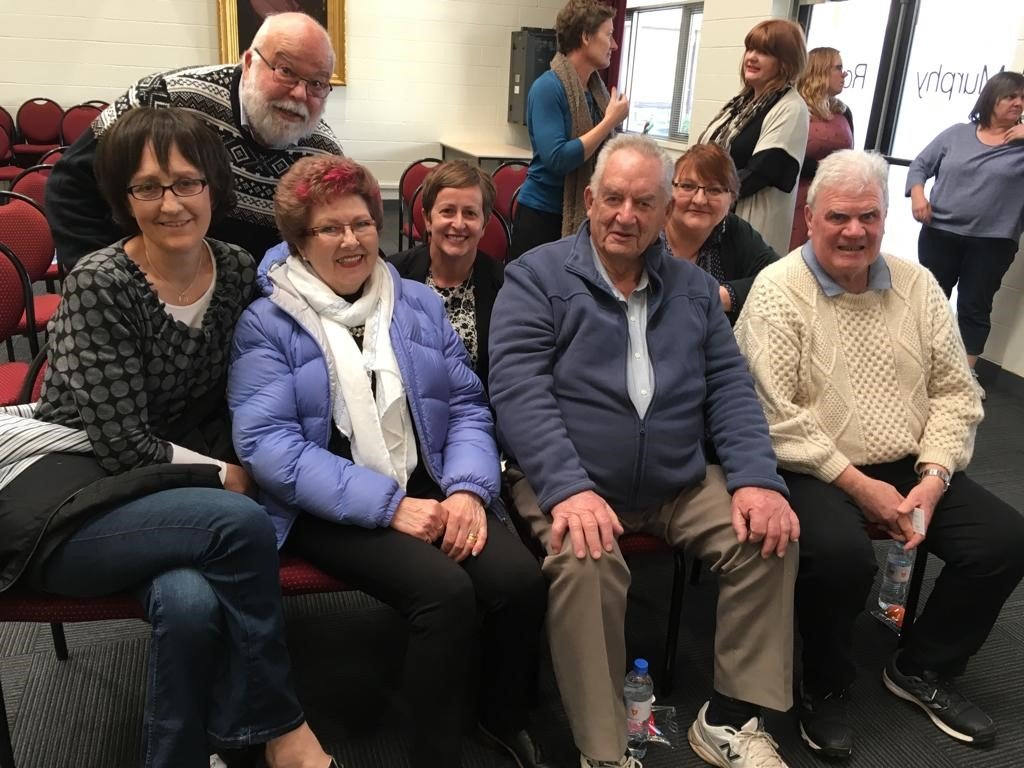 First stop on the knowledge exchange was Tasmania, a strikingly beautiful place where the snow-capped Mount Wellington stands over the state capital Hobart. It’s the island ‘where everyone has a view’ and I’d love to go back. 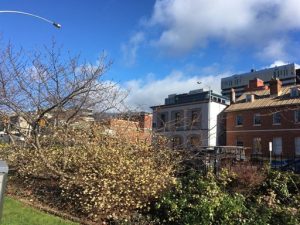 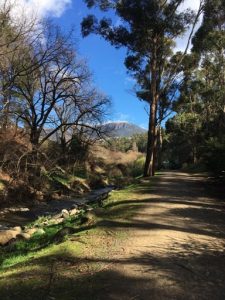 It’s a place with a fascinating – and brutal – history as a convict colony, where people were sent from the UK and Ireland in the 19th century for committing what would be regarded as minor crimes now, like stealing food or clothes, often because they were poor.

Thousands of women were sent to the Female Factory in Hobart, where they were punished for their crimes, made to work for no pay, and then ‘chosen’ by settler men, usually for domestic work. Of course, many went on to build happy lives, to marry and have children. Others didn’t. Women who were pregnant outside marriage were sent back to the Female Factory to be punished again (the men were not) and cruelly separated from their babies. The prison was overcrowded and infant mortality high. The few children who survived were moved to orphanages and later into service.

The names of the women who passed through the Female Factory are remembered inside this World Heritage site, along with their contribution to their families, and to Tasmania. 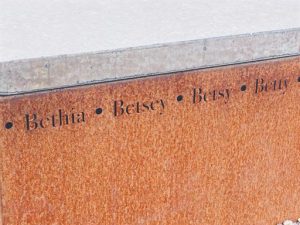 Fast forward in history, and plans are underway to make Tasmania the ‘Child Friendly Island’ (I have shared the Child Friendly Leeds initiative), the brain child of Geraldine Ellis Maguire, CEO at Families & Children Tasmania. As part of this, there’s a growing commitment to ensuring that all children in ‘out of home care’ (foster, kinship and residential) get the support they need.

The workshop we ran, with kinship carers, NGOs, statutory services and politicians was key to getting informal kinship care on the agenda. For kinship carers in Tasmania, commitments were made at the workshop to open up some of the training that’s provided for foster carers – it makes sense to do this on topics like attachment and understanding behaviour.

As the knowledge exchange progresses, it’s clear that the events across Australia this summer are a first step in bringing people together to find quick wins and agree some long term plans. In terms of systemic change, the exchange has created opportunities for state peak bodies (lead organisations) like Families & Children Tasmania to work together on kinship care, including working towards collecting data through the census, developing a national Kinship Care Week and scoping a national peak body for kinship care to co-ordinate and drive change. 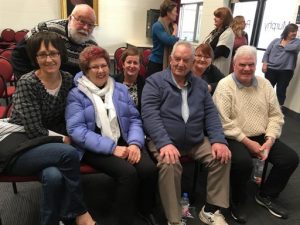 But a group of kinship carers suggest there is a long way to go. Set up 18 months ago, the advocacy group Kin Raising Kids Tasmania is pushing hard to raise awareness in the media and among policy makers. Their lived experience will sound familiar to kinship carers in the UK: they’re a group of grandparents who face the similar challenges, but have no parity of support. One is raising siblings with different orders and different entitlements to support. Their goals sound familiar too: they want recognition and support for all kinship carers; they want easier access to support for their children. And their frustrations are familiar: the pace of change is slow. As Wendy, who volunteers with the group put it, ‘Time is running out, literally, for me and my grandchildren.’ Like the women at the Female Factory, kinship carers like Wendy are fighting for generations to come.