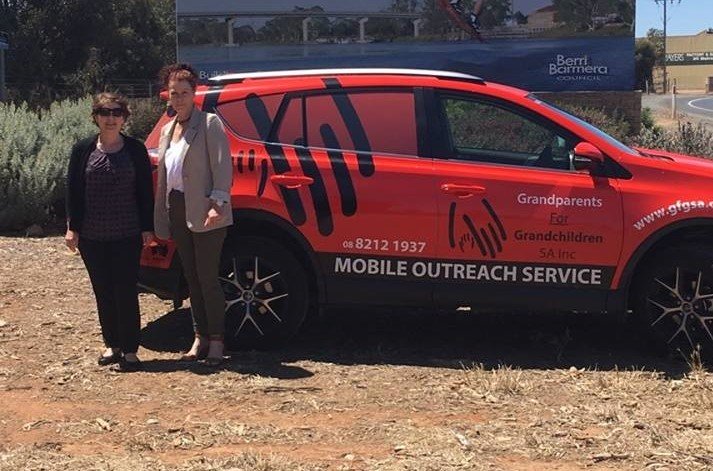 As I’ve travelled across Australia, I’ve had the pleasure of talking to kinship carers about the importance of peer support. Carers often describe it as life changing: feeling connected, being with people who understand what you’re going through, getting advice and support from ‘people who’ve walked in your shoes’.

At Grandparents Plus, we’ve helped set up 46 peer support groups which are increasingly run by kinship carers. We’d like to see at least one group in every local authority area, not least because so many kinship carers say they’d like to attend a group, but also because of the positive benefits that we can see from what carers tell us, evaluations and research. Of course, peer support groups aren’t for everyone – some kinship carers are unable to attend, perhaps due to work, caring responsibilities or distance; others may prefer to connect with each other online.

The geography of Australia is spectacular but its sheer size makes supporting families over huge distances is a very real challenge. In Adelaide in South Australia I spent time with Grandparents for Grandchildren, a volunteer led charity that’s finding solutions. They describe their support for informal kinship carers as ‘scaffolding the family’ and at the heart of their service is one-to-one support and advocacy, usually delivered by telephone, but increasingly out in the community.

Their Mobile Outreach Service is run by a team of volunteers who are getting into communities across the state in a fully branded car, raising awareness and reaching families who need them. The car is pretty eye catching and so they say it’s not hard to find people who realise that they too are kinship carers, often after conversations by the car outside the supermarket, at the petrol station, at the traffic lights.

Their new Village Programme is based on the well-known African proverb, ‘It takes a village to raise a child’, and encourages a community response to supporting kinship families. The team identifies priority areas where kinship families are living, and where there is no local support. They begin to spend time in the area, meeting local organisations, observing and listening how the community is organised. They start to raise awareness about the number of informal kinship carers in the area, facilitating a discussion with the community about what help is needed. In their experience, a leader will always step forward, and together they will establish a hub or support group within the community and start to stitch together a network of local services and support – the ‘scaffolding’ families need.

Seven ‘Villages’ are up and running – all different as they are tailored to each place. They hope that seven more will follow, including with the Aboriginal community in Whyalla.

Grandparents Plus is working with kinship carers and local authorities to establish peer support groups through our Kinship Connected programme, supported by Nesta. More details here