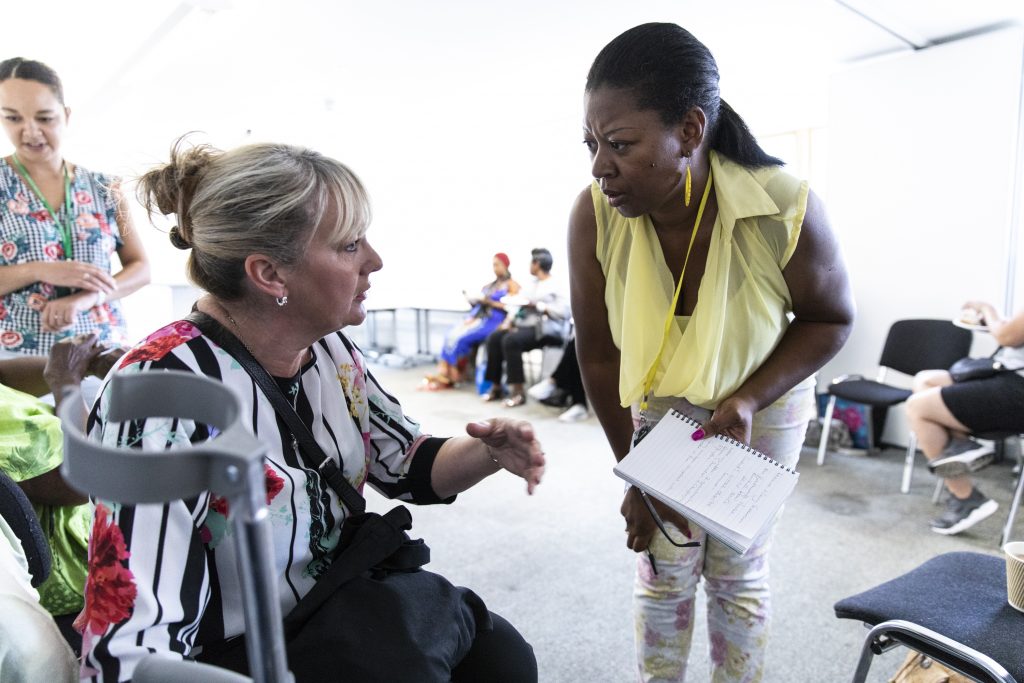 Our advice line for kinship carers is celebrating a milestone this week, having now helped over 7,500 families.

The Grandparents Plus advice service, which offers support for grandparents and other relatives who step in to raise children full time, was set up in 2011, and is now running thanks to support received from the Henry Smith Charity and players of People’s Postcode Lottery, as well as public donations.

Over this time, the advice service has:

“We’re really proud to have reached this milestone, and it’s thanks to the support of the Henry Smith Charity and players of People’s Postcode Lottery, as well as other generous funders over the years, that we’re able to keep picking up the phone.”

Calcine Harris took on care of her friend’s child unexpectedly.  She first contacted Grandparents Plus in May 2016, and has been supported by the advice team ever since. She said:

“Grandparents Plus has done so much for me.  When I first called, they were able to give me the right information to get the support I needed from the local authority and by helping with an emergency grant for a new bed and clothes.  Then when the payments I’d been promised weren’t coming through, they stuck with me every step of the way.

Being a kinship carer isn’t easy, and it can be really hard to know where to turn.  I don’t know what I would have done without the Grandparents Plus advice service, it’s been a real lifeline for me.”

“We hear so many stories every day of kinship carers who have stepped in to do the right thing and stop children going into care, but don’t know where to turn.  It’s great to know that we’re making a real difference to families by providing the right advice when they need it, whether that’s on benefits they can access, help for the children or anything else they might need.

This year we’re hoping to reach more families than ever before.”

The Grandparents Plus advice line is open from Monday to Friday between 10am and 3pm.  Any kinship carer or prospective kinship carer can access the service, regardless of their legal status or whether they’re a grandparent or not.  The number to call is 0300 123 7015, or email advice@kinship.org.uk.