Home / News & Stories / Living with cancer in a pandemic 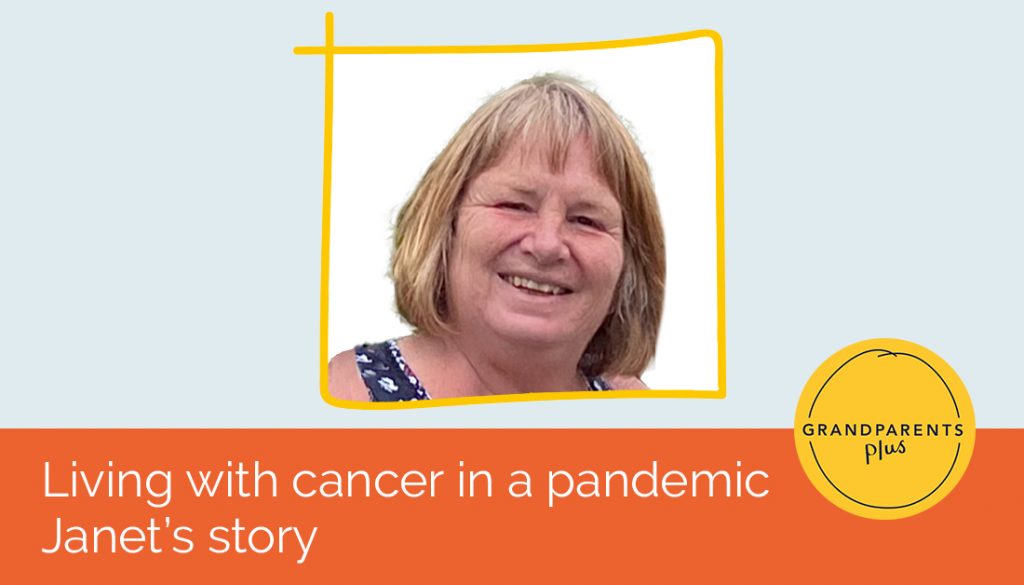 When I got the diagnosis of endometrial cancer in early September my first thought was for my grandson and how on earth he would cope with any additional loss after all he has been through. Thinking about him was the one thing that has nearly scuppered my resolve to be strong and brave about dealing with cancer in a pandemic. It’s still hard to believe that’s what I’m doing but the situation is real and my whole family has to face it and get by. But as kinship carers, we should have been able to access support in our situation which simply isn’t available to us.

My husband and I have had our grandson since he was one and he has been a joy to share our lives with. Our children were adopted and all have had many of the issues common to adopted children, especially older ones. When our oldest daughter had our grandson it quickly became apparent that her anxiety and depression were too extreme to allow her to parent him. But having him come to live with us through court proceedings caused a rift that took years to heal and during this time he saw little of his mum, which has taken an emotional toll on all of us.

Things are better now but recently he has wanted to talk about the past and to explore why neither parent could care for him. We wanted him to have some therapy but he didn’t qualify for Adoption Support Fund because we have a Child Arrangements Order, not a Special Guardianship Order (SGO). And that also means we got no support at all from anyone, as our local authority only provide services for kinship families with SGOs. He has a little brother who lives with our son and his wife just round the corner from us who have an SGO so services are available including therapy. It seems bizarre when both children came to us from the same situation.

Our grandson struggled in lockdown as an only child and also because of his concentration problems. A year on, the pandemic means we don’t have a diagnosis or support for him in school, but he is trailing behind due to poor concentration, and since the lockdown he has struggled more with friendships and social situations.

At the moment he is staying with my son and his wife while I isolate with my husband before my operation next week. I have to isolate for another four weeks after the operation and will do three of these alone elsewhere so he can come home to his granddad. Lockdown has left him uncertain and clingy so the separation is hard for him and the realisation that I am ill has lead to tears in school and withdrawal in social situations. I worry that in a situation where all children are sliding backwards educationally and socially, he is sliding faster. Instead of getting the help he needs with educational and attachment issues, he has to cope with more uncertainty and loss. Seeing him trying to be brave is heartbreaking.

I am lucky that we have the support of my family and friends, as far as that is possible in lockdown. I am also on the Grandparents Plus Advisory Group and that has been a fantastic way to meet other carers. But I do believe that all children in kinship care, whatever their legal status, should be eligible for local authority and central government support, especially access to therapy. My grandson is struggling and he should be getting help and so should the rest of the family.

If you are facing similar issues or other challenges, please head head over to our free support programme.

If you wish to share your kinship care story, please get in touch here.