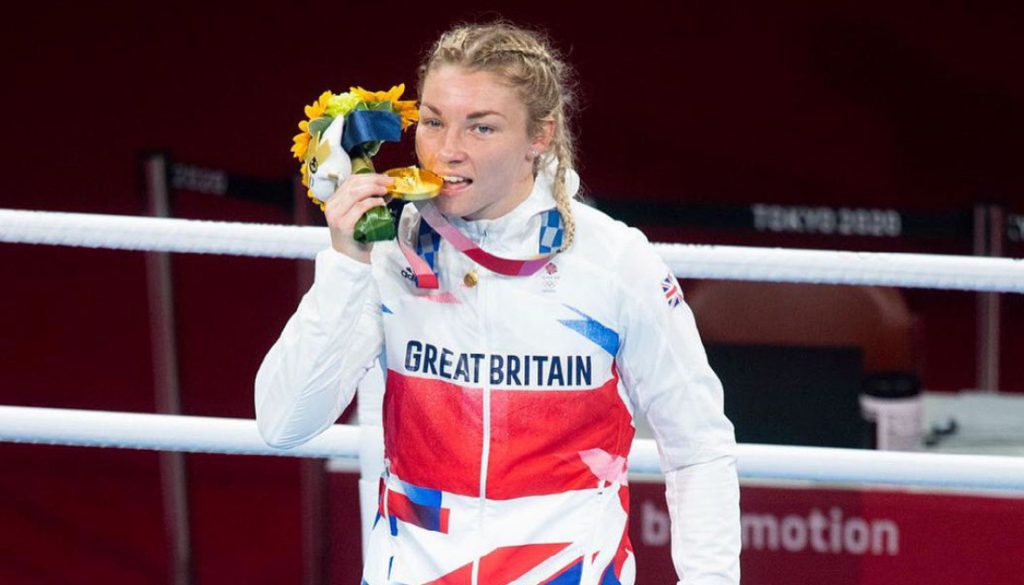 There’s something about boxing Olympic gold medal winner Lauren Price that has captivated us over the past weeks.

She’s undoubtedly a phenomenal athlete with a remarkable determination to succeed. At the age of 8, according BBC reporter Tom Brown, she was asked to write down three goals as part of a school project. She said she wanted to become a kickboxing world champion, play international football for Wales and go to the Olympic Games. As Brown tells the story, “Her teacher raised an eyebrow, but the girl’s grandmother told her to let the girl dream.”

Fast forward 19 years to Tokyo, and the inspirational 27-year-old Lauren has reached her three goals, dedicating her Olympic boxing gold to the grandparents who raised her. Thanking her grandmother Linda and her late grandfather Derek, she said “I can’t put into words what they’ve done for me over the years. I just love them so much.”

As we’ve followed Lauren through the Olympics, she’s let us into her life and her family. What’s really special about this is that she’s shown the world what kinship care is.

Some children have parents who can’t care for them, and for these children, kinship care is usually the best place for them.  Our own ground-breaking research, led by Professor Elaine Farmer and based on interviews with young people who grew up in kinship care, finds that strong and enduring relationships, connections and stability contribute to better outcomes for young people in kinship care than their peers in the care system.

Young people in kinship care are able to remain with their carers until they are ready to leave home – there’s not the same cliff edge that young people in care face at 18.

200,000 children in the UK are growing up in kinship care, most raised by grandparents. That’s three times more children than foster care. But it is relatively invisible and families often struggle to access the financial, practical and emotional support they need.

In making kinship care more visible, Lauren has shown the world what kinship care is. She is tackling some of the stigma that children tell us about and helping the thousands of kinship carers who face barriers every day because their families are not seen and supported well enough. And really importantly, she’s shown children in kinship care to chase their dreams, work hard and reach for the moon.

Huge congratulations on your Olympic gold Lauren and we can’t wait to see what you do next.

You can find out more about Lauren’s story here.

The title for this blog was inspired by a tweet by @SuzyJourno. We agree – Lauren Price is a warrior woman.

Join our Kinship Community to receive emails keeping you up-to-date on our awareness-raising and campaigning activities and how you can get involved.

Your donation will help us provide essential advice and support to kinship carers and their families when they need it most.

Demand is rapidly increasing and we want to be able to answer more calls, more quickly. Your donation will help us do this.