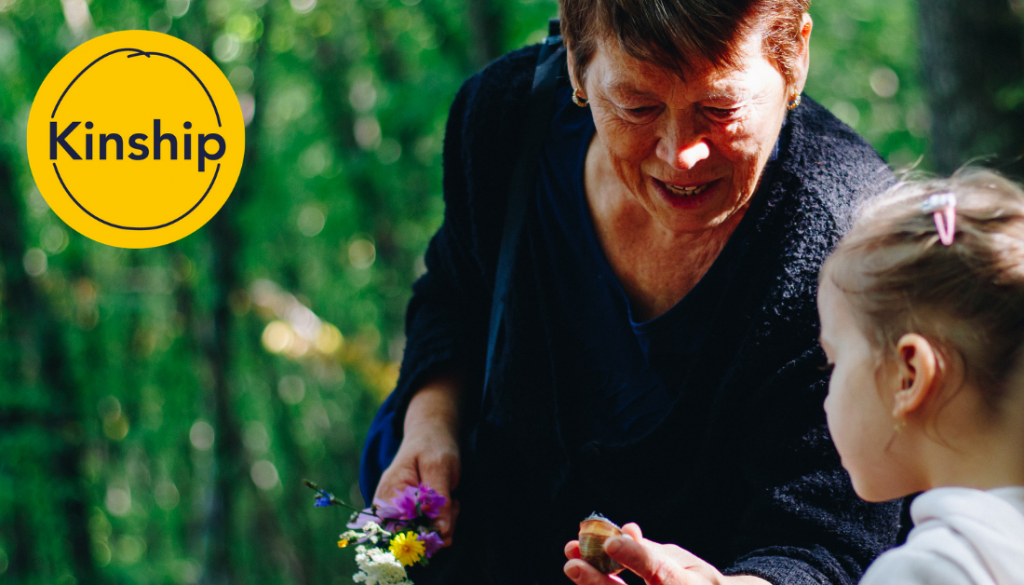 A drive to improve support for special guardians (kinship carers who have a Special Guardianship Order (SGO) for the children they are raising) will take a major step forward today (15 March).

A new film called Special Guardianship- an agenda for change, which can be watched below, was launched at today’s event led by the Centre for Child and Family Justice Research at Lancaster University, Kinship (formerly Grandparents Plus) and CoramBAAF. The event was attended by over 1,000 social workers, legal professionals and special guardians.

Watch the trailer for Special Guardianship – an agenda for change:

The last decade has witnessed a remarkable change and uptake in the use of special guardianship as a resolution to care proceedings. It has become the main and fastest-growing route for children out of the care system following care proceedings, overtaking adoption. But policy and practice have not yet adjusted to the implications of this transformation.

Opportunities for change are increasing and today’s event included an impressive line-up of speakers and influencers, that placed special guardianship centre stage and set out the policy and practice changes needed and how they should be implemented.

A growing interest in kinship care

The webinar took place against a backdrop of growing interest in special guardianship and kinship care. Speakers included:

Opening the event, Sir Andrew McFarlane, President of the Family Division underlined the importance of special guardianship, outlined key changes in best practice guidance, and the ambitious national training programme starting in April to ensure that the reform package is delivered consistently across England and Wales.

Josh MacAlister, Chair of the Independent Review of Children’s Social Care commented: “Kinship carers can sometimes be overlooked but these relatives play a crucial role in raising thousands of children each year. The Independent Review of Children’s Social Care will prioritise hearing from kinship carers to find ways that we can better support grandparents, aunts and uncles and other relatives who often step in to raise children.”

Special guardian, Maxine Campbell, discussed with Krish Kandiah, the newly appointed Chair of the Adoption and Special Guardianship Leadership Board, his priorities for reform.

Watch the film – Special Guardianship – an agenda for change

The new training film for sector professionals Special Guardianship – an agenda for change made by Lancaster University, Kinship, and CoramBAAF shines a light on the specific role of special guardians and the challenges they face and sets out an agenda for change.

These are some of the messages from the film, Special Guardianship- an agenda for change which identifies ways forward to tackle endemic problems that impact on the children and their carers.

Professor Judith Harwin, of Lancaster University, said: “The research is clear – special guardianship benefits vulnerable children, their families and society at large. Yet it is an undervalued and under-supported form of care. With more children leaving care on special guardianship orders than adoption orders, there’s an urgent need to focus on ensuring these children and their carers are properly supported. Now is the time to act on the evidence and to invest in special guardianship.”

Dr Lucy Peake, the CEO of Kinship, said: “Special guardianship is a positive option for children whose parents are unable to care for them. But too many special guardians are struggling to access the support they and their children need. They need independent advice, financial allowances and tailored support services. Special guardians are being pushed to the brink. If we don’t support them there’s a real risk that they won’t cope and more children will enter the care system.”

Director of Policy, Research and Development at CoramBAAF John Simmonds, said: “Special Guardianship has seen a remarkable growth in its use since it was introduced in 2005. There is an urgent agenda for change. Every child subject to the order, must get the services and resources they and their carers need to ensure that they fully recover from any maltreatment they have experienced and go on to have a loving, enriched and full life of opportunity.”

The First Day of Forever – becoming a special guardian

Both films are funded by the Economic and Social Research Council’s Impact Acceleration Account.