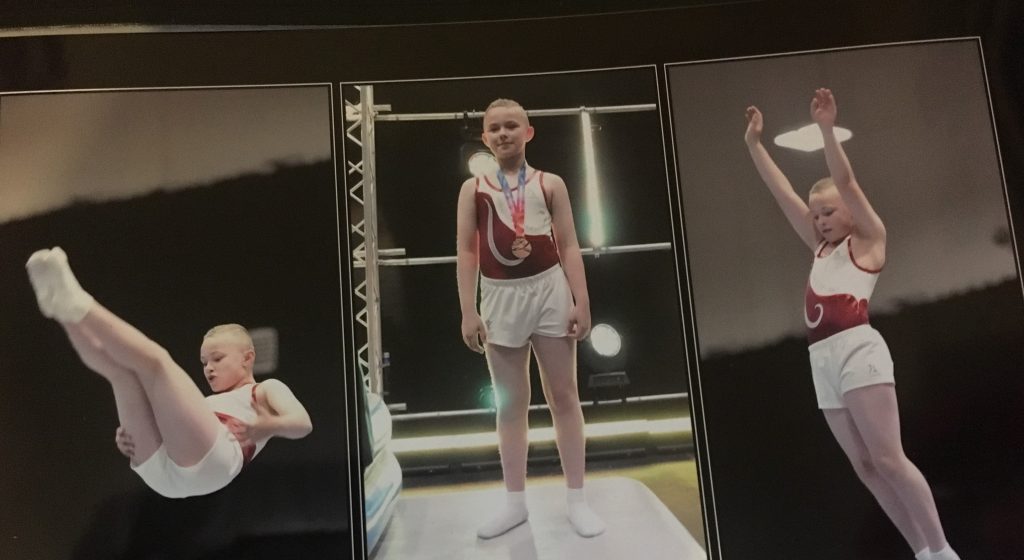 Huge congratulations to Kian, who won a bronze medal in the National Development Programme Trampoline finals on Saturday

Kian is being raised by his grandmother, Samantha, after his dad passed away and he’s had a tough few years. However, his love of the trampoline has brought him great joy.

Samantha said: “I am filled with pride when I look at Kian. He’s gone from a shy boy to a confident young man who will fling himself into the air in front of thousands of people. Gymnastics has been a lifeline for him. He’s really sociable – he’s made friends at the club and he’ll always chat to the groups he’s competing against.

“I don’t push him, if he turned around and said he wanted to stop I’d let him. But he’s driven and wants to keep doing it and get to the highest level he can. He thinks he might like to become a coach when gets older.

“We’ve always had a trampoline, he used to enjoy playing on it when he came to visit with his Dad, so I think it will always be an important part of his life.

“I want people to know that children growing up in kinship care can achieve anything if they get the right support at the right time and work hard”.