The largest ever survey of kinship carers in England and Wales

This survey is the largest of its kind in England and Wales. It explores the financial allowances that kinship carers receive to cover the costs of raising a child and whether this amount is sufficient to meet the needs of the child.

Here is a selection of keywords and phrases that you will find throughout this report. Each one comes with a helpful definition and links to further reading. Click on each section below to find out more.

What is kinship care?

Kinship care is where a person looks after the child of a relative or friend who is unable to for any reason.

Kinship care can be an informal arrangement between the parents and the kinship carer, or it can be a more formal arrangement where there is a court order such as a child arrangements order or special guardianship order in place giving the carers parental responsibility for the child. If children’s services were involved with the child moving in with the kinship carers, then it is likely the child would be considered ‘looked after’ by the local authority and the carers would be kinship foster carers until a more permanent plan is made for the child.

If you are a kinship carer and have any questions or concerns about the legal status of your child, please see our website for more information.

Read more about What is kinship care.

What is a Special Guardianship Order (SGO)?

A Special Guardianship Order (often known as an SGO) is a legal order where the court appoints a carer – usually a relative – as the ‘Special Guardian’ of a child until they turn 18.  The Special Guardian then shares parental responsibility for the child with the parents and can make nearly all the major decisions about the child.

What is a Special Guardianship Order – read more

What is a Child Arrangements Order (CAO) - formally a Residential Order (RO)?

A Child Arrangements Order is a legal order where the court decides either where a child will live or who a child can spend time with and for how long.  We’ll be talking about the first kind, which establishes who the child will live with.  These used to be called Residence Orders.

The person named in a Child Arrangements Order shares parental responsibility for the child with the parents, and can make most important decisions on behalf of the child in consultation with the parents.  It lasts until the child turns 18 unless the court states otherwise.

In most cases you have to attend a mediation, information and assessment meeting (MIAM) to assess whether  mediation may be a suitable way of resolving your case  before you can apply for a Child Arrangements Order.

What is a child residency order – read more

What is an informal kinship carer?

Informal kinship care is where you are looking after a child who is connected to you but you do not have parental responsibility for them and they are not ‘looked after’ by the local authority.

Informal arrangements are made between the child’s parents (or someone else who has parental responsibility for them) and the relative.  Sometimes there isn’t a clear agreement – for example, a parent may have left the child with relatives and failed to return for them.

What is an informal arrangement – read more

Setting the scene: an introduction to kinship care finance

When kinship carers step up to raise children, they also take on the full financial responsibility of the children they care for. Taking on the role commonly restricts their ability to work. There is a lack of clarity and consistency about financial support and allowances for raising kinship children, with rules and policies varying from place to place. A lack of transparency about what is available leads to uncertainty and confusion for kinship carers. This leads to people in similar situations receiving different levels of financial support based on where they live and the child’s legal status, rather on the needs of the children, which is unfair.

Raising children costs money. Too many kinship carers are left having to bear the financial burden of caring for another person’s child. The impact of the lack of financial support is that kinship carers, who have done the right thing in stepping up to care for children, are plunged into poverty.

Financial disadvantages of kinship carers across England and Wales.

What financial allowances kinship carers are entitled to across England and Wales.

Key findings from the survey 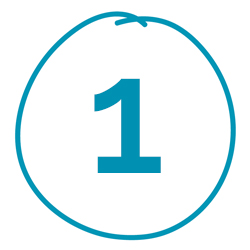 Kinship carers do not receive the financial support they need to meet the needs of the children they have stepped in to care for.

“I took them in when they had nowhere else to go, yet I’m left shattered and broke” David, kinship carer

The legal status of the child affected whether the kinship carers could financially support their children.

92% of kinship carers on an informal arrangement felt that the allowance they received did not allow them to meet the needs of the child they cared for.

84% of kinship carers whose child was subject to a CAO/RO felt that the allowance they received did not allow them to meet the needs of the child they cared for.

74% of kinship carers whose child was subject to an SGO felt that the allowance they received did not allow them to meet the needs of the child they cared for. 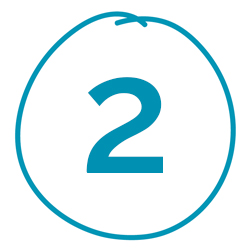 Kinship carers are not legally entitled to an allowance to cover the costs of raising someone else’s child in the same way foster carers are.

This means financial allowances are inconsistent – varying by legal order and postcode.

“They are the same kids with the same problems, what does their (legal) order matter?” Kwame, kinship carer

85% of kinship carers raising children on an informal arrangement did not receive a financial allowance.

67% of kinship carers raising children on a CAO/RO did not receive an allowance.

24% of kinship carers raising children on an SGO did not receive an allowance. 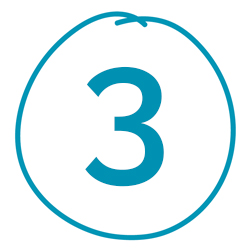 Even where kinship carers do receive an allowance, it is significantly less than that received by foster carers.

“They are the same as foster kids, they have the same issues, so why should they be treated differently? It’s not fair” Sue, kinship carer

Why we are comparing kinship allowances with fostering allowances

Foster carers and kinship carers are both raising someone else’s child.

In England, the government has set a national minimum fostering allowance to help foster carers cover the cost of raising someone else’s child but have not set a minimum allowance for kinship carers.

In Wales there is a similar minimum allowance but the figures are not readily available.

Of the 63% of kinship carers who received an allowance, the average weekly allowance was over £40 less than the lowest national minimum fostering allowance which is £132 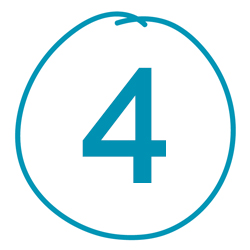 The cost of raising children increases as they grow older, yet one-quarter had their allowance cut after review.

69% of kinship carers receiving an allowance had them reviewed annually.

At the last review:

26% of kinship carers had their allowances reduced,

13% had their allowances increased.

Too many kinship carers are left having to bear the financial burden of caring for another person’s child. The impact of the lack of financial support is that kinship carers, who have done the right thing in stepping up to care for children, are plunged into poverty.

Kinship invites kinship carers, social work and legal professionals, policymakers, and researchers to join us on this webinar as we share the key findings and conclusions of our survey of financial allowances of nearly 2,000 kinship carers in England and Wales. The event will take place on Wednesday 16 June 2021 at 11am to 12pm via Zoom. Book your place via Eventbrite.

Join our Kinship Community to receive emails keeping you up-to-date on our pioneering research into kinship care and how you can get involved.

If you are affected by the issues raised in this report, please access our support service here, or find out more via our online information and advice.

Key findings and conclusions of the survey

What financial support are kinship carers entitled to?

In her words – Poppy’s story

Our Financial Allowances Survey in the media