When kinship carers step up to care for a child, they take on full financial responsibility for them. Their efforts keep thousands of children safe and loved within their family network, but it comes at significant cost. Many carers are forced to reduce their working hours or give up work completely to care for the child and will face extreme financial pressures as a result.

Last year, we carried out the first ever survey of kinship families’ financial circumstances in England and Wales. It found that kinship carers were struggling to meet their day-to-day costs and very few were getting the financial support they needed.

This year’s survey results from 1,435 kinship carers caring for 2,006 children show that the situation for kinship families is getting worse. As the cost of living continues to soar, we need to see urgent action to prevent many more families from being plunged into poverty. 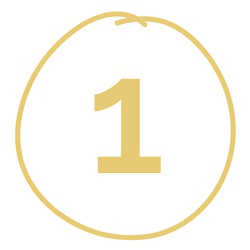 Over the past year, 89% of kinship carers had worried about their financial circumstances – an increase from 82% last year. Carers told us they were struggling to cover the costs of everyday household items. Within the last year:

of carers could not pay all their household bills.

could not afford food for their families.

could not afford clothes for their children.

could not buy educational equipment for their children.

could not keep up with rent or mortgage payments.

could not afford to pay for activities for their children.

“Have to choose to eat or heat your home and do without yourself to make sure there is food for the little one.” Kinship carer caring for one child informally. 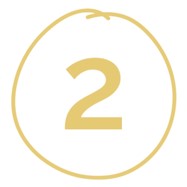 Kinship carers are under significant financial strain which is negatively affecting them and their children.

Kinship carers told us their financial worries took a significant toll on the physical and mental health of them and their children. Many families are experiencing high levels of anxiety and stress, leading to poor health and wellbeing.

of kinship carers believed that their financial situations were having a negative effect on their physical and mental health.

believed that their financial situations were also having a negative impact on the physical and mental health of the children in their care.

“(My) grandson is overweight, and we struggle (to afford) to get out with him or buy healthier foods.” Kinship carer for one child with a CAO. 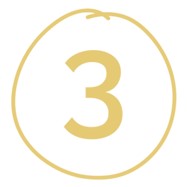 Not only are kinship carers seeing greater levels of financial hardship this year, they also fear what will happen in the future as the cost of living crisis deepens. This could have serious implications for families and for the children’s social care system if action isn’t taken soon.

of kinship carers were worried about how they would cope financially with the expected increase in the cost of living.

of carers were concerned that their financial situations might eventually prevent them from being able to care for their children.

the cost to the state if a third of the carers of the estimated 162,400 children in kinship care in England and Wales could no longer afford to care for their children. 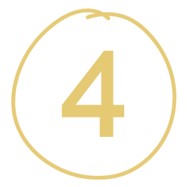 Financial support is inadequate and usually based on the legal status of the children or where the family lives rather than on the children’s needs.

Unlike foster carers, most kinship carers aren’t guaranteed ongoing financial support to help cover the costs of raising someone else’s child. Overall, 36% of kinship carers who responded to the survey did not receive any financial support. This figure was much higher for those carers without a special guardianship order and particularly for those caring for a child informally.

However, even those who did receive a financial allowance continued to face significant hardship and uncertainty.

of carers who received an allowance believed it wasn’t enough to allow them to meet the needs of the children they were caring for.

This research continues to highlight that kinship families are being forced into poverty and that current financial support is inadequate.

We welcome the recommendations made in the final report of the Independent Review of Children’s Social Care in England around financial allowances and paid employment leave for some kinship carers. However, it’s vital that all kinship carers – regardless of the child’s legal status or journey into kinship care – receive the financial support they need, when they need it.

All kinship carers should receive immediate financial support to help a child settle in.

All kinship carers should have a right to kinship care leave (on a par with adoption leave).

We’re excited to grow our campaigning for fair financial support alongside kinship carers. Visit our campaigns page to read more, get involved and stay up to date.