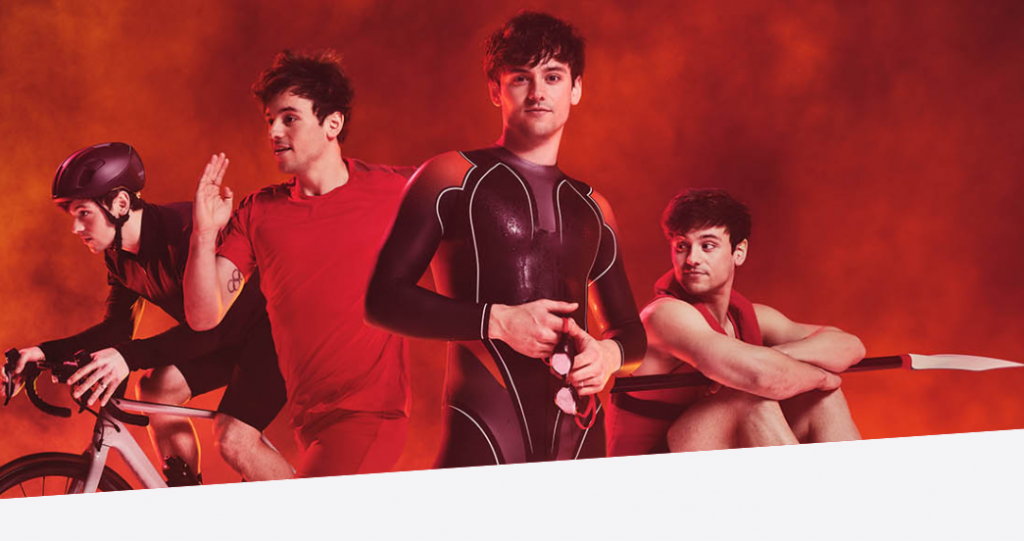 We’re extremely excited to announce that out of the many charities that Comic Relief supports every year, we’ve been chosen to feature in this year’s campaign.

To kick this off, diving superstar Tom Daley, who is taking on this year’s endurance challenge for Comic Relief, visited wonderful kinship carer Meyrem and her family earlier this week. He heard about the joys of bringing up her niece and nephews, as well as some of  the challenges that she and many kinship carers face and the difference that Kinship makes.

You may have also seen Meyrem and our CEO Lucy Peake on BBC Breakfast where the challenge was announced. Watch the video and hear just some of Meyrem’s story and more about the challenge.

Tom’s Hell of a Homecoming challenge

Fresh from winning his first Olympic gold medal, Tom is now facing an extraordinary new challenge of a lifetime that is worlds away from the comfort of the diving board.

He will be tackling a gruelling four-day journey from London to Plymouth by foot, water, boat and bike, all to raise life changing cash for Red Nose Day. Rather than take a well-earned break from his Tokyo 2020 Olympic success, Tom has thrown himself into the deep end for Red Nose Day for his biggest feat since his gold medal win, as he signs up to a physically and mentally demanding challenge like no other – Tom Daley’s Hell of a Homecoming.

What the Comic Relief support means for Kinship

Comic Relief is supporting Kinship to develop a national campaign with and for kinship carers.

For too long, kinship carers have told us they feel in the shadows, battling for support at every turn – whilst Kinship helps them with this, providing an advice line, peer support and 1:1 support and groups in some areas, Comic Relief’s funding will help us campaign and secure the support and recognition kinship carers need and deserve.

We are currently developing our campaign, to be launched later this year – we’re designing this with kinship carers and will be focused on securing changes to policy to improve kinship carers’ lives now and in the future.

How you can support us

There are a number of ways that you can support us to continue helping kinship carers.

Donate – if you can, please donate and help us to support kinship carers and their families.