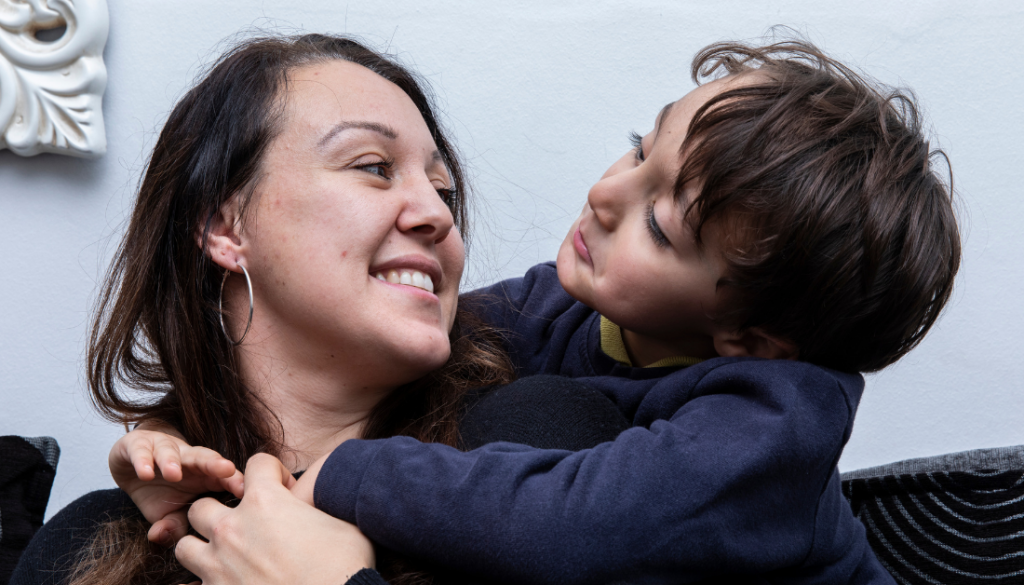 My life changed completely when I took on the care of my niece and two young nephews, at the time aged five, four and two. Before that, I was a single mum to two teenage children and I was getting ready for a promotion that I was working towards for a while. My nice and nephews had stayed with me before as my sister struggled with her mental health, but I didn’t know that this time it would be permanent.

I received no support and did my best to provide care for the children with no help. Life was a struggle until I was granted a Special Guardianship Order for the children. I had to give up my job and my bed – I had to sleep on the sofa, and I’m still there.

After 18 months I was referred by a social worker to Kinship. My local project worker was able to give me one-to-one support and I joined a local peer-support group where I met other kinship carers, and I immediately felt the isolation lift.

“Having support from people in the same situation is amazing. I was under immense pressure before, and even my friends and family didn’t understand. It wasn’t until I went to the support group that people got what I was saying.”

With Kinship’s help I was able to understand where to go for support and what I might be entitled to. “They helped me realise what was available. If Kinship wasn’t there, I wouldn’t know any of this.”

Together with Kinship I have been able to speak with others about my experience, so that they don’t have to face the same battle that I have. I am now a member of Kinship’s Kinship Care Advisory Group and I have met with MPs to tell them what support kinship carers like me need. I also grew up in kinship care myself, so I know the difference that a stable, safe and loving kinship home makes to children.

My experience as a child in kinship care and as a kinship carer has shown me that the system needs to change.

Kinship’s support groups give kinship families like Meyrem’s, essential advice and support when they need it most. Donate now to support our life-changing work: